CLC to Freeze Tuition over the next Two Years 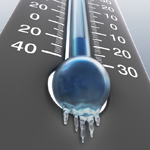 
The Board of Trustees of the Minnesota State Colleges and Universities (MnSCU) earlier this month approved an operating budget for fiscal 2014 that freezes undergraduate tuition at fiscal 2013 levels. This is the first of a two-year tuition freeze made possible by a $78 million appropriation by the state legislature during the 2013 session.

Central Lakes College is already one of the best higher education values in the region.

Central Lakes College is a full-service, comprehensive community and technical college with campuses in Brainerd and Staples, Minnesota. CLC serves 6,000 students per year through campus-based and online education.

The colleges and universities operate 54 campuses in 47 Minnesota communities and serve about 250,000 students in credit-based courses. Overall, the system produces about 33,500 graduates each year.
Posted by CLC Marketing and Public Relations Office