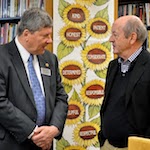 Poetry reminds you that you’re alive and that life’s not going to continue forever. That’s what former two-time U.S. Poet Laureate Billy Collins says. “That’s why a lot of poetry is about human immortality,” he said. Collins conducted a poetry reading, book signing and workshop Tuesday at Central Lakes College (CLC).

It was part of Verse Like Water, the visiting poet program of CLC, in conjunction with The Crossing Arts Alliance. 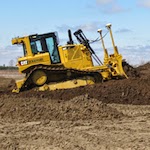 Construction is an industry of close tolerances where precision and accuracy can make or break your bottom line. At the same time, the pressures of schedules and budgets drive contractors to get the job done faster and more efficiently than ever. Utilizing cutting edge technology such as Global Positioning System (GPS) can aid contractors in staying competitive in today’s earthwork industry.

Students in the CLC Heavy Equipment Operation and Maintenance Program at the Staples West Campus were recently given an opportunity to use this technology thanks to the generosity of president and co-owner Mark Ryan of Carl Bolander and Sons Construction of St. Paul. Former CLC student Norm Everson, Operation’s Manager for Bolander, wanted to give something back to the program by bringing knowledge and equipment to CLC. 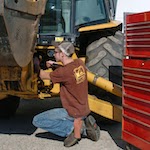 The Central Lakes College Diesel and Heavy Equipment Technology program has earned accreditation from the AED Foundation: An Affiliate of the Associated Equipment Distributors. “This is a significant achievement for the program and instructors,” remarked Christopher Hadfield, Dean of Career and Technical Education at CLC. 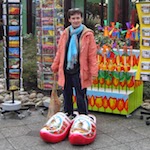 Fifteen years ago, Cultural Thursdays became an official Central Lakes College event under the direction of Jan Kurtz.  On Thursday, May 1 at noon, in the Chalberg Theater, Jan will be hosting her final show entitled: “Fun Foreign Fotos”, before retiring.
“As a finale” Jan said, “I wanted to look over a span of time and favorite photos to share with the audience.  I have chosen examples from seven countries taken on eleven different trips.  The idea is to graduate from being ‘just an observer’ of travel, taking only photo ops, to being a seasoned traveler who includes knowledge of culture, history and yes, languages in their experience.”
Read more »
Posted by CLC Marketing and Public Relations Office 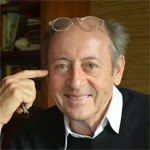 "Verse Like Water: the visiting poet program of Central Lakes College, in conjunction with The Crossing Arts Alliance, presents Billy Collins on April 29th. Billy is one of the great poets of our generation, and he has twice been named U.S. Poet Laureate by the Library of Congress.

This poetry reading will be at noon in the CLC Chalberg Theater, and will be followed by a book signing, meet and greet, and workshop for anyone interested in hearing him speak about poetry, creativity, and the imagination (around 1:30 and also in the Chalberg). 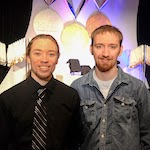 Colby and Josh both competed in the college level photo contest with Colby earning a Bronze medal.

Pictured at the awards ceremony are (left) Colby Abasz and (right) Josh Hammer.

Evening of Transition - Guideposts for Success 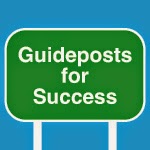 The Guideposts for Success reflect what research has identified as key educational and career development interventions that can make a positive difference in the lives of all youth, including youth with disabilities.
Read more »
Posted by CLC Marketing and Public Relations Office