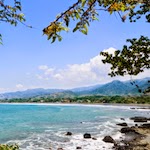 PURA VIDA! Join three CLC Instructors as they take you through beautiful Costa Rica. Learn about the land, the language and the people of this peaceful nation.

There are two ways to participate in this travel opportunity: as a credit-earning student or as a "community participant". Space is limited and preference given to those that will sign-up for the 3-credit travel study course in our CLC Global Studies Department: The course is GLST 1491: Global Stuies Experience International Travel Costa Rica.
Read more »
Posted by CLC Marketing and Public Relations Office 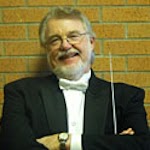 The CLC Community Band Fall concert, "A Bit of Scotch, A Bit of Brit" will be performed on Tuesday, November 18, at 7:30 p.m. in the Chalberg Theater, Brained campus. For further information, call or e-mail Steve Anderson at sanderson@clcmn.edu or 218-855-8215.
Posted by CLC Marketing and Public Relations Office 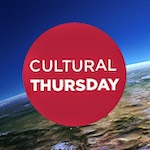 In the first CLC Cultural Thursday event of the 2014-2015 year, CLC Spanish Faculty Tracey Kloeckl-Jiménez will share the "Iceberg Concept of Culture", which was arrived at by many late 20th century theorists including French and Bell in their book entitled Organizational Development. Since that time many others have utilized this organizational framework to further expound on the concept of culture. 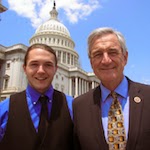 It was the dream summer job for pretty much any political junky.

So when Myles Hotzler was picked to be an intern at the Washington D.C. office of Congressman Rick Nolan, D-Minn., he jumped at it.

It all started last year when 21-year-old Hotzler was attending Central Lakes College in Brainerd, his hometown. He saw fliers around campus asking for students to apply to be an intern, so Hotzler submitted an application and resume. "There's only one chance in life for something like this, and I'm a supporter of him," Hotzler said.

Hotzler stayed hopeful as he waited to hear back from the congressman's office. Finally in March, he found out he was one of a handful selected.

Story courtesy of the Brainerd Dispatch by Jessie Perrine. 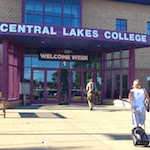 Fall semester classes began today at Central Lakes College Brainerd and Staples campuses. The new academic year features extended hours in student services and the college bookstore. Most services will be open from 7 a.m. to 7 p.m. during the early stages of fall semester.

CLC also offers "conciere" services during the first two days of the semester to help students find classrooms and to answer questions.

New students may still enroll for classes beginning this week through Friday, August 29. Students may also register for "late start" classes which begin later in the semester. Contact the CLC Admissions Office for more information. 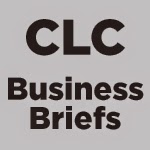 Dr. David Hietala, CLC’s new Interim Vice President of Academic and Student Affairs, comes to the College for the current school year with more than 20 years’ experience in adult learning and higher education. Hietala has served as a College President in Kansas, Director of a Community Research Institute in Pennsylvania, adjunct faculty member in Education Leadership at St. Cloud State University, and most recently in senior leadership roles at Riverland Community College in southern Minnesota. He holds a Ph.D. in Adult Learning from The Union Institute, Cincinnati, with research interests in community and organizational development, program design and evaluation, innovation, and entrepreneurship. 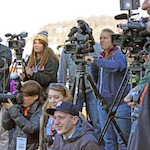 Video Editing Workflow - VPRO 1110
This course consists of entry-level videography skills used to produce motion pictures from conception to completed video. Students will produce commercials, documentaries and fictional narratives from start to finish. The emphasis is on postproduction techniques - namely, editing. However, basic terminology and strategies of all production aspects will be examined. The three main phases of production will be deconstructed to reveal a film's internal development. Students will divide into production teams and immediately begin creating content. Students will complete the course with one or more portfolio videos.
Read more »
Posted by CLC Marketing and Public Relations Office 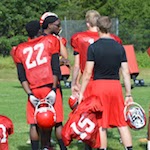 Brainerd, MN. – The Central Lakes College football team began preparation for the 2014 season with the first day of practice on Monday. The opening session lasted two hours with one of the largest squads in school history. 70 players are expected to compete for positions on the team. There are 26 returning players and many of them were key contributors last season.