Dominica: Hidden Jewel of the Caribbean 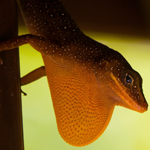 The final Central Lakes College Cultural Thursday event of the academic year will be held on May 2. Dominica: Hidden Jewel of the Caribbean will be presented by Gary Payne.

The presentation will take place at the Brainerd campus in room E354 at noon with a repeat presentation given at 7 pm. The event is free and open to the public.


26 million years ago, the jagged edge of an undersea geologic plate was thrust upwards nearly a mile above sea level, creating an island in the Caribbean about the size of Crow Wing county.  A mere 5000 years ago, the Asian explorers we now know as American Indians arrived there by canoe from South America.  Thus began an amazing history of conquests, slavery, rebellions and - finally - democracy on what many view as the most beautiful nature island in this hemisphere.

There are 3 national parks including a Unesco World Heritage site and 300 hundred pristine rivers which run through protected rain forests down the steep slopes of old volcanoes.  One lake on Dominica is actually boiling from the molten rock beneath it.  Wildlife is abundant and 170 species of birds have been documented so far.  But the story of the island’s charming people is worth a visit by itself.  After four centuries of repeated intrusions by Spain, Britain and France - and a failed CIA coup attempt in 1981- Dominica is now a functioning democracy.  It is governed by its former slave and Indian populations and it boasts the only existing Indian reservation in the Caribbean.  On all the other islands in this region the Indian populations were killed off by genocide, slavery and disease.