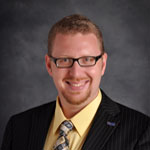 Staples Campus Commencement
The Staples campus commencement event is scheduled for Wednesday, May 15 at 7 pm at the Staples-Motley high school gymnasium.

Brainerd Campus Commencement
The Brainerd campus commencement event is scheduled for Thursday, May 16 at 7 pm at the Brainerd high school gymnasium.

Commencement Speaker • Steve Sabin
Steve Sabin will be the commencement speaker at both the Staples and Brainerd events.


Steve Sabin is a graduate of the Central Lakes College Practical Nursing program, currently serving as president of the ­Minnesota State College Student Association. As president, Steve advocates on behalf of over 100,000 public community and technical college students across Minnesota for affordable and accessible higher education. Steve also conducts leadership training for other student advocates.


While at Central Lakes College, Steve ensured students had a voice on campus while serving as Student Senate president and ­treasurer. Throughout his tenure on student senate, Steve led initiatives to grow the Student Senate to record attendance levels, promoted healthy living for all members of the community, and increased student ­advocacy oncampus and around the state.

In addition to his work on student senate, Steve held membership in Phi Theta Kappa, Psi Beta, and was the recipient of the ­MSCSA Student Leader of the Year, and the 2010 and 2011 Central Lakes College Student of the Year. Steve just recently completed his Associate in Arts degree. Steve has plans to pursue his ­ultimate dream of becoming an RN and work as a ­critical care nurse, while also serving as a patient advocate at the legislature.
Posted by CLC Marketing and Public Relations Office