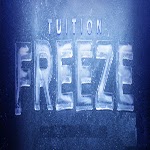 Tuition at Central Lakes College will remain frozen in the 2014-15 academic year. “The benefits of freezing undergraduate tuition for the second year in a row continue to make MnSCU colleges and universities the lowest cost, highest value higher education option in the state of Minnesota,” said Steven Rosenstone, MnSCU chancellor.

Under the freeze, tuition rates for 2014-15 academic year will remain at the 2012-13 academic year levels. Average student fees will increase by less than 0.5 percent. According to Rosenstone, the freeze was made possible by the actions of Governor Dayton and the Minnesota Legislature. “I would like to express tremendous gratitude for the $52.5 million in state-funded tuition relief that makes this freeze possible.”

Cost of Tuition Actually Lower in 2014-15 for Many Students
Affordability received a significant boost during the 2013 session when the Legislature and Governor Dayton improved access to the state grant program, including expanded access for working part-time students with financial need. This improvement benefited about 7,700 MnSCU college students and 760 MnSCU university students in the 2013-14 academic year. Rosenstone said, “The combination of the tuition freeze and the changes to the state grant program will, on average, actually lower the cost of tuition for MnSCU students receiving a state grant in the 2014-15 academic year.”

Central Lakes College is one of 31 colleges and universities in the Minnesota State Colleges and Universities system. The system serves more than 430,000 students. It is the fifth-largest higher education system of its kind in the United States.
Posted by CLC Marketing and Public Relations Office