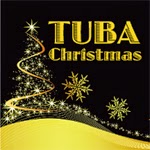 Merry Tuba Christmas is a low brass player tradition going back to 1971 when it started in honor of Bill Bell, one of the greatest tuba players and teachers. Low Brass Players gather in groups ranging in size from a few to several hundred all over the United States each Christmas to celebrate the season and the art of low brass playing.

Rehearsal for this year's event will be on December 6 from 10-11 am in room E471 at the Brainerd campus of Central Lakes College. The performance will be at 1:30 pm in front of Herberger's in the West Gate Mall.

Stands, chairs and music will be provided. Merry Tuba Christmas is open to all Trombone, Euphonium and Tuba players playing at a high school level or at the discretion of their band director. For further information, contact Steve Anderson at 218-831-3652 or at sanderson@clcmn.edu
Posted by CLC Marketing and Public Relations Office