Forum on Legislative Redistricting and Reapportionment 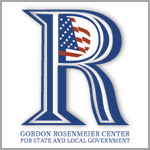 The Gordon Rosenmeier Center for State and Local Government at Central Lakes College will host a public Forum on Legislative Redistricting and Reapportionment from 7:00 to 9:00 p.m., Wednesday, January 25, in the Chalberg Theatre at the Brainerd campus.

Legislative redistricting is a vital part of American democracy. Every ten years, following the release of results of the Census, states must reapportion legislative and congressional districts to ensure each citizen has equal and fair representation. Yet, despite the incredibly important role redistricting plays in maintaining the vigor of American political life, few understand how the process occurs – or even why it is so important. On February 21st, a special judicial panel will prescribe the legislative and congressional lines that will divide Minnesota politically for the next decade.

Wenzel explains that, “The panel will be a bi-partisan, non-partisan forum…that will bring to bear the vast knowledge and experience on elections, redistricting, legislative politics, and a host of other key public policy issues our tremendous panelists offer.” The panel will examine the history of redistricting, how recent shifts in demography have impacted the current political landscape, as well as the ongoing redistricting process.

State Rep. Sarah Anderson is in her third term representing the cities of Plymouth and Medicine Lake in the Minnesota House and chairs the Redistricting Committee. Rep. Anderson served as a Plymouth Planning Commissioner and worked as a legislative staff member before being first elected to the House in 2006. Her other current committee responsibilities include Commerce and Regulatory Reform, Rules and Legislative Administration, Taxes, and Ways and Means.

Gregg Peppin is a highly respected Republican activist and strategist with over 25 years legislative and campaign experience. Mr. Peppin worked for 18 years at the Minnesota Capitol in several capacities, including as the Executive Assistant to the Speaker of the House and Majority Leader, and as Committee Administrator for the House Redistricting Committee.
The Rosenmeier Center was named in honor of the late Senate Gordon Rosenmeier of Little Falls who was regarded by Minnesota legislative colleagues and historians as the most knowledgeable, influential, and powerful legislator in Minnesota history.  The purpose of the Center is to "educate and inform" the citizenry on issues of importance at the state and local level.