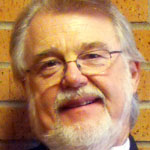 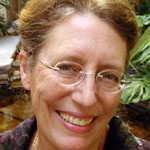 Dr. Suresh Tiwari, vice president of academic and student affairs at Central Lakes College, announces that Steven K. Anderson of Merrifield and Martha Kuehn of Brainerd have been named 2012 Outstanding Educators by CLC President Dr. Larry Lundblad. Steve, who teaches instrumental music, and Martha, a psychology instructor, are eligible for the annual statewide Educator of the Year honor to be announced April 18 at the Excellence in Teaching award luncheon in St. Paul. The award is given by the Board of Trustees of the Minnesota State Colleges and Universities system. “Steve and Martha are veteran faculty with a history of accomplishments in the teaching and learning arena,” said Dr. Tiwari. “They have been heavily engaged in service to the college.”


Steve has been at CLC since 1991 as an instructor and conductor. He teaches American pop music history, evolution of jazz, music fundamentals, introduction to music industry, and audio recording. He conducts the jazz and community concert bands, and brass ensemble.
He has also taught at Northland Community and Technical College and since 1970 has been a professional musician.
Martha has been a psychology instructor at CLC since 1997. She twice earned Awards for Excellence at CLC for her work in support of international students and implementation of a classroom response system. She is an adviser for the Psychology Club and Psi Beta Honor Society.
She was in private practice as a counselor and mediator and worked as a youth group facilitator for the Family Support Network in Brainerd.
Last year Elizabeth Picciano of CLC, an instructor of reading and college and career studies, was named one of four Educators of the Year.
Previous CLC nominees have been Nancy Smith (2011), Janet Bedard and Gary Carson (2010), Kari Frisch (2009), and Jan Kurtz (2007). There was no nominee in 2008.
The MnSCU Board of Trustees Educator of the Year Award for Excellence in Teaching program acknowledges and rewards exceptional individual professional accomplishment in providing instruction that prepares Minnesota’s college and university students for their professional, scholarly, and civic lives.
Now in its sixth year, this successful recognition program is the result of the advisement and dedicated work of faculty, students, campus award committees, and a system-wide Teaching Award Review Committee. Each year, members of campus communities nominate and select from faculty whose excellence they wish to reward, and presidents in turn designate them to the Board of Trustees as Outstanding Educators.
Posted by CLC Public Information Specialist