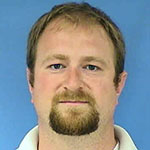 Central Lakes College's Occupational Skills Program and Check and Connect student support system are included in a Twin Cities Daily Planet online report, which discusses the changing demographics of today's college students -- particularly those with intellectual disabilities. In 2010, the federal government distributed $10.9 million in grants to fund college programs for students with intellectual disabilities. This was part of President Barack Obama's push to have the highest proportion of college graduates in the world by 2020. "ThinkCollege" directs 250 college programs across the United States charged with running five-year demonstration projects to help researchers figure out what works. CLC and Ridgewater are the two Minnesota colleges serving students with intellectual disabilities to lift them into employability, independent living, and societal inclusion. The Daily Planet report notes that Brian Miner, interim coordinator of the OSP program at CLC, said he expects many students will take fitness classes or vocational courses such as CPR/first aid training or food service managementis part of a mainstreaming movement aided by Check and Connect.
CLC and Ridgewater are using $365,363 in federal grant money to implement the lauded Check and Connect model, which was born at the University of Minnesota's Institute on Community Integration. The two colleges were chosen because they already have strong occupational skills programs that admit students with intellectual disabilities.
"A designated staff person monitors participants' progress and checks in on them regularly so that any problems -- academic, social, or otherwise -- can be addressed before the stduent disengages or drops out," the report states. Actually CLC has two Check and Connect coaches -- Aaron Mertes and Ann Chouinard.
CLC's OSP requires students to take at least two mainstream elective classes. Brian said in the report that he plans to work with other departments to expand course options for students in the future.
Shannon Gibney, chair of Minneapolis Community and Technical College's English Department, said students sharing classrooms with intellectual disability students benefit from the mainstreaming. "A lot of what our students say is 'Yeah I got a lot out of learning the contentof the course, but I also got a lot out of being in a class with someone I didn't know had autism. I had to fuigure out how to work with this person effectively'."
A well-known study from the Georgetown Center for Education predicts that 70 percent of Minnesota's jobs by 2018 will require some college. A more recent Associated Press report says that of the 30 job types that the government predicts will have the most openings by 2020, only three require a degree.

ThinkCollege is collecting data to determine how a handful of audited college classes impact employability for individualswith intelelctual disabilities. The Bureau of Labor Statistics sais that in 2011, 69.9 percent of the non-disabled U.S. population between ages 16 and 64 were employed, compared to 27 percent of people with disabilities. Of individuals with disabilities who completed some college but didn't earn a degree, 31.5 percent had a job. Those numbers include people with non-intellectual disabilities.
Posted by CLC Public Information Specialist