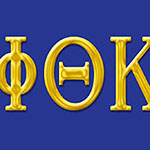 Statistics show the surest way for anyone to land a job in their chosen field is to finish college and earn a degree or certificate. That is exactly what students at Central Lakes College are promising to do --  signing a mass pledge to complete their associate degrees or certificates before leaving community college for transfer or to enter the job market. Administrators, faculty and staff have also been asked to sign the pledge, committing themselves to do whatever they can to facilitate completion of student credentials. CLC’s Phi Theta Kappa Honor Society chapter, Psi Beta, will host “Commit to Completion” on the Brainerd campus from 9 a.m. to 2 p.m., Nov. 27 and 28.


During the Brainerd campus event Nov. 27 and 28, students, advisers, and counselors will staff a booth outside the cafeteria.
The event is part of the C4: Community College Completion Corps national PTK initiative. Purpose of the event is to bring awareness to the importance and benefits of completing a college degree, program, credential, or other certificate.
In April 2010 leaders of six national organizations representing the nation’s 1,200 community colleges signed “The Call to Action,” a pledge to increase student completion rates by 50 percent over the next decade.
Phi Theta Kappa Honor Society was the only student organization asked to participate. PTK launched the Community College Completion Corps in response to this call.
At the 2010 White House Summit for Community Colleges, President Obama called for community colleges to produce an additional 5 million degrees and certificates in the next 10 years, part of a goal to restore the United States as the world’s leader in college graduates.
The U.S. ranks 16th among industrialized countries in percentage of citizens holding higher education credentials.
“We will have a large banner for students to sign when they take the pledge,” said Katie Smieja, a mathematics instructor and PTK adviser at CLC. “Those who take the pledge will be able to wear stickers that say ‘I'm Committed.’
“We will also distribute stickers to faculty and staff to wear that say ‘Got Commitment?’”
PTK is coordinating with the CLC Counseling Department to provide an opportunity for students to submit a request for support to help them fulfill their commitment to completion.
Smieja said that other retention initiatives at CLC include Student Success Day, Welcome Week, and the newly formed Retention Committee.
Students who complete their degrees or certificates will earn an average of $500,000 more over the course of their careers than their peers who did not complete. In addition, individuals with credentials are less likely to become unemployed than their co-workers who did not earn credentials.
Phi Theta Kappa Honor Society is the largest honor society in higher education with 1,280 chapters. More than two million students have been inducted since its founding in 1918.