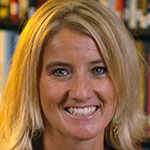 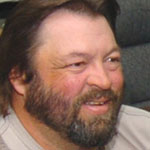 Two Central Lakes College instructors are nominated for Outstanding Educator awards bestowed each year by the Board of Trustees of the Minnesota State Colleges and Universities. Darci Goeden, Nursing, and Leon Dahlvang, Communication Art and Design, are now eligible for the Educator the Year award. The award is intended to recognize superior teaching. The pair was nominated by CLC President Larry Lundblad and will be among about two dozen MnSCU instructors recognized this spring at an award luncheon.
Goeden began teaching at CLC in 2002 and since 2004 has been part of the Associate Degree Nursing faculty while continuing as a Registered Nurse at St. Joseph’s Medical Center, Brainerd, where she has been employed 15 years.
She earned her Master of Science degree in Nursing from the University of Phoenix in 2004 after earning a Bachelor’s degree from the University of North Dakota in 1997.
Last September Goeden became a Certified Nurse Educator with membership in the National League for Nursing.
“I am very honored by this distinction,” she said of the CNE designation. Requirements for the certification include additional college courses, seminars, workshops, conferences, presentations, and leadership and community service activities.
“Being a nurse and teaching others are two things that I love,” Goeden said. “I can honestly say that there has not been a day that I have not loved going to work and actively caring for patients or working with students.”
Connie Frisch, CLC director of nursing, said: “Darci is continuously seeking additional knowledge and determination of best practices and willingly networks with her colleagues, both here at CLC and across the state. I consider her to be a ‘master teacher’.”
Dahlvang, a graduate of Verndale High School and Wadena Technical College, has been a college instructor since 1986 (Staples Technical College) and was named CLC Faculty Member of the Year in 2004 and 2010. As a student he attended the Computer Graphics program at the Staples campus and soon was hired to teach.
Injured in a 1979 accident, Dahlvang said the life-threatening moment prompted a decision to “make a difference in as many people’s lives as I could.” He cherishes a capacity to care for students, regardless of their skill level. “They are coming from all walks of life.” That prompts his respect an understanding.
“I believe my own experiences dealing with immediate family members who suffer from mental illness drive me to care for each student as an individual,” he said.
“Teaching has been an incredible journey,” he said, noting that the greatest reward is knowing he has impacted students’ lives in a positive way.
Jeff Wig, a former dean at CLC, said: “Leon has always been a driver of innovation both in and out of his classroom. In a field where technology changes are constant, he researches to ensure he and colleagues are preparing students for the latest graphic arts systems.”
Previous CLC honorees were Jan Kurtz, Spanish and Latin American Studies (2008), Kari Frisch, Speech (2009), Janet Bedard, English, and Gary Carson, Natural Resources (2010), Betsy Picciano, Reading, and Nancy Smith, Health (2011), and Steve Anderson, Instrumental Music, and Martha Kuehn, Psychology (2012). Picciano was also one of four instructors named Educator of the Year by the MnSCU board.
Faculty who are designated as Outstanding Educators by their campus president must prepare a teaching portfolio which will be reviewed by a system-wide review committee. All faculty currently full-time and unlimited, tenured, or tenure-track, and who have at least three years of full-time teaching service at their home institution are eligible.