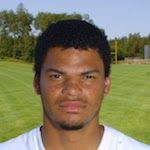 Mays played at CLC during the 2010-11 seasons. He was an All-American and captain in 2011. He led the Raiders to back-to-back bowl game appearances. He graduated with an AA degree in spring of 2012 and accepted a scholarship offer to Florida A & M University where he started at defensive end the last two years.