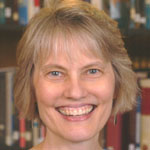 Donna Salli, Central Lakes College English instructor-playwright, was honored by the Great Plains Theatre Conference, Omaha, which selected her work, “The Rock Farm,” for a staged “PlayLab” reading at the 2012 conference May 26-June 2. Donna's script was one of 30 chosen from over 640 submitted scripts and one of two selected from Minnesota. She will experience a week of workshops, networking with theater professionals from all over, and the reading with a panel critique. “The Rock Farm,” a play about heritage, love, family, and the magnetic attraction of home, was translated to Finnish and first performed in Finland, then in English and Finnish at CLC, and in the Upper Peninsula of Michigan at Ironwood, near where the Finnish-American playwright was raised (Wakefield). The Omaha conference schedule states that each of the 30 playwrights’ scripts “will be rehearsed by local and national directors and actors and performed in staged readings. Playwrights will hear their play and receive feedback from master playwrights, theater scholars, directors and the public, in a guided response setting.” The daily PlayLabs are free and open to the public. Donna said she is grateful to everyone who has worked with the different versions of the script: Central Lakes College Theatre and Finnish Theatre Fiasko/Floppi, for starters. “Directors Tuire Hindikka, Erik Steen, and Patrick Spradlin taught me a lot by letting me hang on the fringes,” she said, “and the casts who brought the script to life helped me see how it worked and what it needed. They all were instrumental to the script's becoming what it is.”