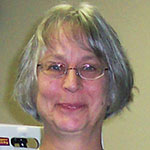 When Jean Marie Porwoll, a 1969 graduate of Brainerd State Junior College, died of cancer in 2010, she left a legacy for female students of her first alma mater: $1.145 million. The Central Lakes College Foundation on Wednesday, Oct. 24 announced receipt of the bequest from Porwoll’s estate – the largest single gift in 75 years of higher education in the region. The news came during the Tree of Giving reception recognizing numerous benefactors of scholarships to CLC students. A medical doctor and for 25 years the director of emergency services for a Massachusetts hospital, Porwoll was a northeast Brainerd native of modest means and high intelligence. “This generous gift will mean more than $35,000 in annual scholarships for the education of women,” said Pam Thomsen, CLC director of resource development and the foundation.
Images from the 10-24-12 Tree of Giving reception: http://www.flickr.com/photos/58518185@N04/


The gift comes from a woman described as “strong-willed” by her younger brother, Joseph, and “a free spirit” by one of her instructors, Steve Long, biology.


A scholarship recipient during the Brainerd college years, Porwoll maintained near-perfect grades while gravitating toward the sciences. After graduation, she transferred to Moorhead State University and in 1976 obtained her medical degree from the University of Minnesota.


She picked the medical profession at a time of few female doctors. “She was aware of inequities, especially those between men and women,” said her brother, who also started college in Brainerd and Moorhead and today is a bio chemistry executive with a doctorate.


“She was a liberal supporter of opportunities,” he said, “and I think she viewed (CLC) as delivering education at the most important stage for women.” While she valued education beyond Brainerd and throughout her life, Jean Porwoll believed the best choice for her bequest was where her education began.


“This is where women initially gain the opportunity, and her gift makes perfect sense in support of that,” said Joe Porwoll, also a graduate of the Brainerd campus.


Amid turbulent cultural forces – Vietnam War, assassinations, and generational rift – the Porwolls entered a world full of challenges for a generation of WWII baby boomers. Jean Porwoll experienced not only classroom education. She grew from personal learning.


She became a woman of capability and confidence as she came to grips with a social revolution. Among her activities on campus and in the community were causes espoused by the Students for Democratic Society, new-age environmentalists, and others with mutual curiosity.


“I dated her best friend,” recalled Robert Plut. “She was very brilliant and really nice.” Later an ardent supporter of the arts, one of Porwoll’s early creative encounters was as co-painter of the Plut home in Crosby. “Chartreuse with orange trim,” Plut said, “to make it easy for our parents to give directions to it.”


He said Porwoll enjoyed the activity.


“It is amazing how one person can affect another’s life,” he said.


Porwoll enjoyed biology, said retired instructor Long. “For a year she was my lab assistant. She was one of the brightest students I ever had.”


And she was a “character.” Long said he once arrived early to prepare for the first class and found her asleep on a lab table.


While distant careers separated brother and sister, Joe Porwoll knew sister Jean loved to cook, garden, kayak, and take pictures. “She had photographs of her kayaking in Newfoundland with porpoises and whales,” he said. “I told her I much preferred my chances in Wyoming and roaming bears over in a big body of water with that little vessel surrounded by much larger creatures.”


She was an art lover and collected both stamps and coins. The estate left to CLC included about $150,000 in coins, some rare enough to be valued at more than $15,000 each.


His sister carved her career in a male-dominated profession, interning at Washington University in St. Louis, Mo., where she received certification in Infectious Disease. She became board-certified in Internal Medicine and Emergency Medicine.


For 25 years Porwoll was at Wing Memorial Hospital in Massachusetts as director of emergency services. Prior to her death in August of 2010, she was a physician for Hampden County Physicians Associates in Longmeadow, Mass.


In her home community of Monson, Mass., she was a member of the Monson Conservation Commission and Monson Arts Council. Porwoll left two city blocks to the city on condition it be designated green space.


This fall at CLC 22 female students are sharing the first scholarship funds from this memorable donation. About $11,000 will be available for spring scholarships before the invested money generates a full annual endowment of scholarships estimated to be more than $35,000.