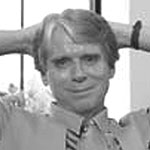 Nick Hayes, professor of history at St. John’s University, Collegeville, will present “Russia: From Communism to Putin” at Central Lakes College in Brainerd at 7 p.m., Tuesday, March 27. Hayes appears as a guest in the Speaker Series offered by the Center for Lifelong Learning at CLC. Admission is free to member and $5 to non-members. The program will be held in the Chalberg Theatre. Hayes will examine why the USSR, the Soviet Union, collapsed 20 years ago in December 1991 and provide perspective on the rise to power of Russian President Vladimir Putin, an ex-KGB agent.


“This presentation will provoke participants to re-think the common assumptions Americans have in regard to the causes behind the end of the Cold War and the fall of the Soviet Union,” said Bill Brekken, director of the Center for Lifelong Learning.
Having recently returned from Russia, Hayes has received awards from the International Research and Exchanges Board, National Endowment for the Humanities, the Fulbright Foundation, and the Ford Foundation.
He is a popular commentator on international affairs for public radio and television. His writings have appeared in a wide range of publications for the scholarly Slavic Review to the popular Interview Magazine. His recent articles and photography have appeared in The Moscow Times, Star Tribune, Pioneer Press, Interview Magazine, Newsweek International, and Utne.com.
Pre-registration is recommended and can be made by calling Bev at 218-855-8118. For more information on the Center for Lifelong Learning, visit www.clcmn.edu/lifelonglearning.
Posted by CLC Public Information Specialist