Book to be published 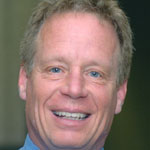 David MacArthur, director of auxiliary services at Central Lakes College, has been notified that his first book will be published by North Star Press. The scheduled release date is June 2. "The Day the Water Tower Froze and Other Stories From My Days With the Mille Lacs Band" was accepted earlier this year. David said he was "very lucky," in that many prospective authors make several submissions and shop their ideas around before publishers commit to publication. David spent over 15 years working at the Mille Lacs Reservation in various capacities. He began in 1994 shortly after casino gaming came to Mille Lacs. David’s insight as a Native American, a registered member of the White Earth Band of Ojibwa, coincides if not collides with the stories he shares and the learning of his own previously unknown heritage. His poignant stories of people and events are delivered in a heartfelt manner and many times with humor. He began working at CLC four years.
Chapter titles are clues to David's subjects. Examples:  "How Garbage Was Picked Up on the Reservation When I Arrived," "The Septic Truck, Our First One," "Shoot Out at the Rainbow Inn," "It’s Not What You Know, but Who You Know," and "Flashing Light for a Signal to Change."


The book, which is soft-cover and 86 pages in length, sells for $14.95. It will be available at the CLC Bookstore and various other stores as well as online via Amazon.
The book jacket includes these endorsements:
“Now and then a spirit crosses the birth of an individual and it sets the path for that person’s life (Pete John Humphrey). David’s life has moved down an interesting path. His family contains that Indian Spirit to provide guidance for his soul. David has taken his time to record a piece of history of the Mille Lacs Band of Ojibwe. His effort to record this history and additional history of the Mille Lacs Band will establish a great reference of events that occurred during his time at Mille Lacs. He has given us those internal thoughts of a tribal person dealing with two cultures: that of the dominate culture and that of the tribal culture. David’s ability to express how he learned tribal culture and teach his background in tribal culture through his experiences. David’s insight into his life will provide guidance and understanding in how to live your life. It has been great having David as a friend and rewarding to work with him as colleague.” ~Megwitch, Don Wedll

“David MacArthur has written a book which provides an accurate and insightful look at life on the Mille Lacs Indian Reservation during a time of huge growth and change in that community. MacArthur has given us a funny, touching and human look at the realities of life in Indian Country at a time when Indian gaming was just arriving on the scene. Full of poignant stories about real people adjusting to the big changes occuring on their reservation, David has given the world a glimpse of real life in Indian Country.” ~Anita Fineday, former chief judge, White Earth Tribal Nation

“David MacArthur looks back at his Mille Lacs Reservation years with affection for tribal elders, a great knowledge of tribal garbage collection, and some tribal wisdom he was not expecting to find.” ~Professor Tadd M. Johnson, Esq., Head of the American Indian Studies, University of Minnesota Duluth
Posted by CLC Public Information Specialist